http://www.sciam.com/podcast/episode.cfm?id=0C2F4246-94A3-A6FA-EBCC8D3F8D52131B
You’ve probably chased a fly or two around the house this summer. And, chances are, it took a few swings before you brought down the buzzing nuisance. Now a study in the August 28th issue of the journal Current Biology has uncovered just what makes a fly so hard to swat.

Michael Dickinson from the California Institute of Technology used high-speed digital video to record the evasive maneuvers of fruit flies. In the slow-mo instant replay, the flies’ bodies react to a swatter well before their wings carry them to safety. Blessed with nearly 360 degree vision, the fly first gauges the position of the swatter, then prepares an escape within 200 milliseconds. When approached from the front, for example, a fly shifts its middle legs forward and leans back. If you sneak in from the side, the fly leans in the opposite direction. This positioning then lets the fly spring into a flight pattern that takes it out of the danger zone. So, if you want to get a fly on the first try, Dickinson says to aim at where you think it’s going, not where it is. Or you could always call in a SWAT team. 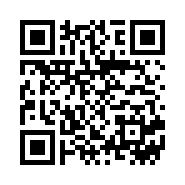